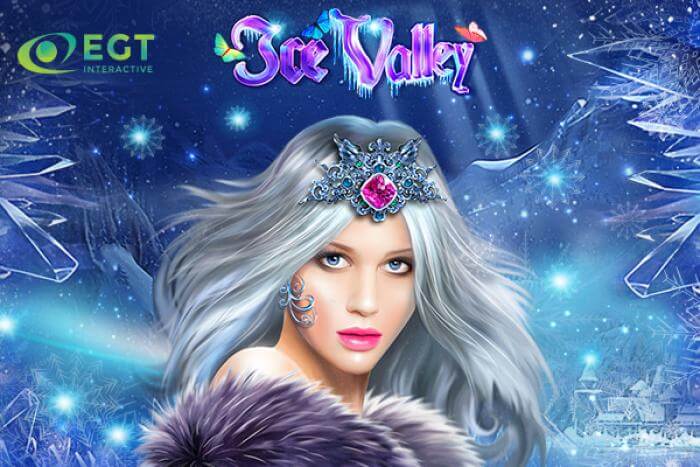 Ice Valley is a slot game that showcases into an icy concept. The game has 1024 ways to win. It also has special symbols, the action of which will be explained later in the review. The slot has progressive bonuses and mysterious cards that are inherent to the creator, EGT.

The Ice Valley slot boasts many of the features that EGT developers rely on. If you like simple gameplay without having to download additional add-ons to play, and can access the game thanks to a browser, then this is probably the slot machine for you.

This slot is not one of those classic EGTs that older players try to touch, but it’s an attempt at something new. The theme of the game is fantasy, with crystal clear graphics and interesting new features.

In 2020, the developer launched a new feature called Boost Win Zone. Rainbow Luck was the first free slot to inculcate this new feature. It is with Rainbow Luck that Ice Valley differs from other games by this developer.

The game seems to draw inspiration for its theme from the legend of the Snow Queen and Disney’s Frozen. The reels on which most of the action takes place are frozen ice pendants. In the background is the mysterious lair of the ice queen.

You can play the game for free via a standard browser (or Google Chrome) on your desktop computer or laptop, smartphone or tablet.

The developer has bet on relatively large profits in Ice Valley. This slot has 1024 payout options. To win one, you simply have the task of combining the symbols of the neighbouring reels. You will have to bet at least 50 coins per spin, and the slot allows up to 1000 coins to bet at once.

Look for wilds with a snow queen when she appears on reels 2, 3 and 4. The image of the Snow Queen replaces all symbols other than the scatter. The middle six positions of the reels are the Boost Win zone.

In the following lines we will consider the different variations for profit and the adjacent multipliers:

The best online slots always offer bonus free spins. So is it in this game. You can win between 10 and 30 free spins when playing Ice Valley. You will need to get 6 ice skaters located somewhere on reels 2,3 and 4. If this happens, you will be rewarded with 10 free spins, but if all 6 skaters fall into the Boost Win zone, the free spins will be 30. Except this, the function can be recharged if 6 new scatters appear.

Ice Valley slot machines are part of EGT’s Mystery Jackpot Cards range. The bonus function can be activated at any time after each winning spin. You will be given the opportunity to choose 3 cards from a field with 12, and the goal is for the selected ones to be of one color (bowl, spade, diamond or spades). If this condition is met, you take one of the jackpots, depending on which color is revealed to you.

What is the minimum deposit in SlotV?