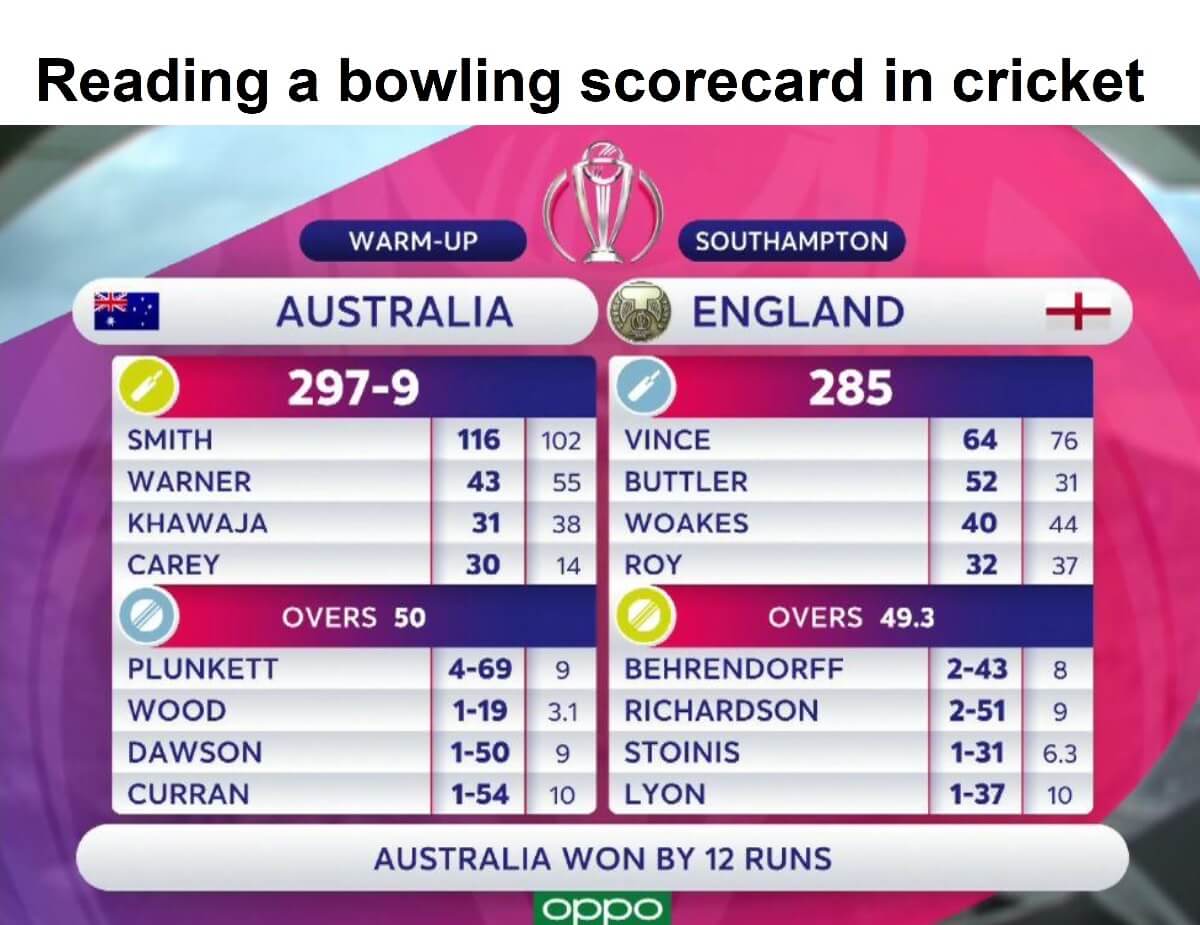 The uppermost bar of the bowling scorecard represent the name of the team. The bar below it reads the name of the series, the number of the match in the series and the order of the innings. For exame, if India are bowling in the second innings against Australia, these bars would look something like this:

The main body of the bowling scorecard lists the names of the bowlers. Alongside their names are their statistics which are in a specific order. This order can be remembered by the acronym OMRWE which means Overs, Maidens, Runs, Wickets, Economy.

Let us understand these with an example bowling scorecard

As you can see, India has used five bowlers in the match. Three of their bowlers have bowled a full spell, meaning that they have bowled the maximum number of bowls that are a bowler can bowl in the ODI format. The fifth bowler named Y Chahal, has bowled 9.2 overs, which is indicative of the fact that the batting side must have lost all their wickets because of which his over could not be completed. Combining the number of overs bowled by each bowler we come to know that the innings saw 47.2 overs being bowled.

Maiden means an over where the bowler has not allowed the batting side to score a single run. In the example scorecard above, we can see that J Bumrah has bowled the most maidens (2), meaning, that in 2 of the 10 overs he bowled, he did not give the opposition a single run.

This category sees the number of runs that each bowler has conceded. In the above statistic, we can see that K Yadav has given away most runs compared to his teammates. When we combine the runs of each of these bowlers, we get the total score of the batting side. In this case, we conclude that the batting side has scored 230 runs.

Thos category shows the number of wickets taken by each bowler. In the above scenario, J Bumrah has taken the most wickets, followed by Yadav, Chahal and Shami. Combining the wickets taken by each bowler, we get the number 8. But this does not necessarily conclude that the batting side has lost 8 wickets. As we saw above, Chahal has not completed his over, meaning that the batting side has been bowled out. A side is considered bowled out only if 10 wickets have fallen. So who took the remaining two wickets?

The remaining two wickets might have been the result of a batsman retiring hurt due to an injury or if a batsman has been run out. If a batsman is run out, it does not add to the individual statistic of the bowler.

Economy is equal to the number of runs given by the bowler divided by the number of overs bowled by him. In other words, it is the average number of runs that a bowler has given in each over. In the above example, we can see that despite having not taken any wicket, B Kumar has contributed by being the most economical bowler. He has given away runs at an economy of a little over three runs per over.

Economy of a bowler is indicative of the fact that which bowler the batsmen struggled to get most runs out of. Usually, an economy between 4 to 5.5 is seen for bowlers in the ODI format. An economy below 4 is a remarkable statistic but an economy over 5.5 is considered expensive. This scale changes a bit in the T20 format. An economy of 5 to 6 is considered average, below 5 is good and above 7 is expensive.

Right below the list of bowlers is a column called “Fall of Wickets,” which is often abbreviated to FoW. This column shows that at what score of the batting side did each wicket fall. For example, let’s say the batting side lost their first wicket at the team total of 15 runs. Later, they lost their second wicket at a team total of 80 runs and so on. This can be represented in the FoW column as:

In some bowling scorecards, as often seen in T20 cricket another column can be seen alongside OMRWE. This is represented by D which means Dot balls. Dot balls are those deliveries where the batsman has not scored a single run. It’s importance is immense in faster formats of the game like T20 where batsman usually aim to make the most of each delivery owing to the short format of the game.

What is a slot multiplier? 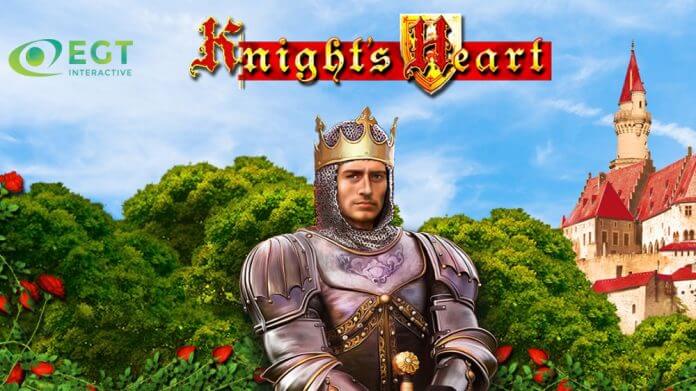 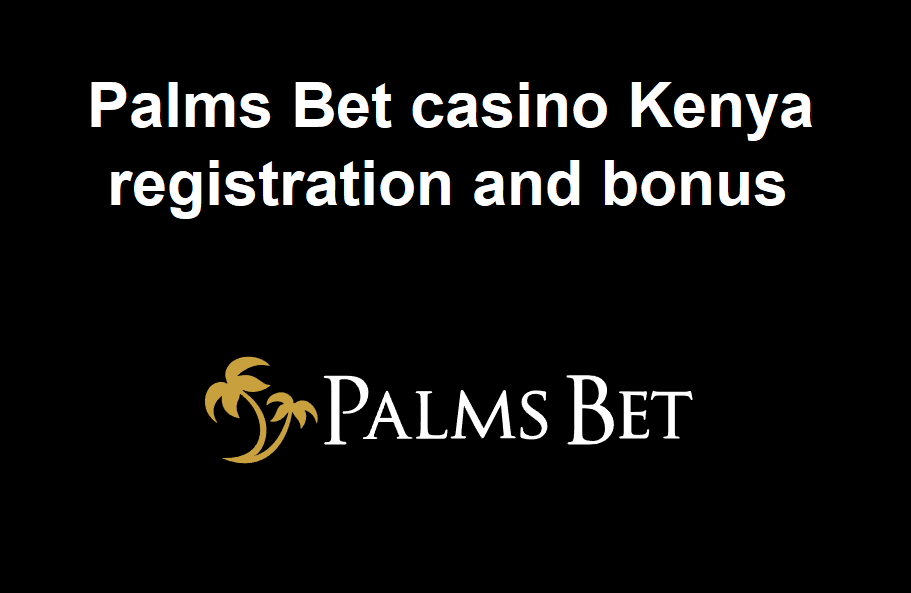